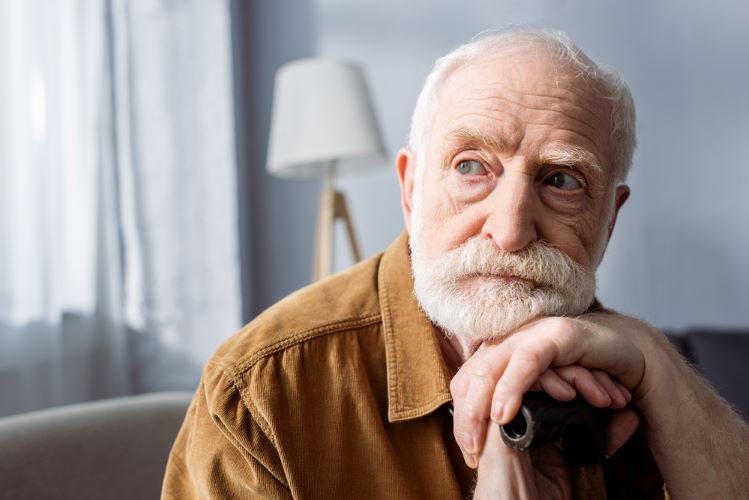 Being a care manager for so many years, I’ve seen the various ways that individuals and their families are affected by Alzheimer’s. The difficult part to accept is that every path is different. Symptoms vary, changes vary, the speed varies, each person encounters the changes in their own way.

A particularly difficult situation was with a client, Stanley, who had always been the backbone of his family, strong, clear in communication, supportive, and reliable. As his Alzheimer’s progressed it became noticeable that he was very frustrated and from that frustration came more worry and anger on his part. He would get very upset when he was unsure of where he was or what was happening or if he thought it was a different time period in his life than it truly was. This took its toll on his wife and involved family members.

He had not been able to drive for several years but he would insist multiple times each day that he could take the car out for a drive or run errands to help his wife. She would explain it to him and each time he would be very frustrated and would raise his voice to her that she had taken away his freedom. It was heartbreaking to her. His sons would come over and he would tell them that he was being held prisoner and she was not letting him leave the home even though she would take him out with her several times a week.

Some days he would ask each minute where his car and license were so he could go out. As the disease progressed, he would even go out to the driveway only to find he couldn’t get into the car so he would start walking. He would forget where he was, and she would receive a phone call to come and get him from various places. He had told them all about how she had him locked up in the house so she would have to explain Alzheimer’s and that he can’t drive anymore. The looks of pity said it all.

When the sons came to visit for Father’s Day, they noticed he was getting quite angry and almost physical with their mom. They sat her down and said that some changes were going to have to be made to make sure that they were both safe and had the care they needed. They didn’t know where to start but they did know that they needed to work with someone who would look for a place for their father and not accept a referral fee. They wanted to pay someone to look for the best care for their father. In talking with friends and family, they learned about geriatric care managers who are privately paid consultants for all levels of care and needs for aging family members. They also can help find the right accommodations and don’t accept referral fees so they knew that the options provided would be based on dad’s needs and not money the care manager was paid. They searched online and found the Aging Life Care Association where they could search for a care manager near them. They made a few phone calls and decided to work with our team. It was our pleasure to help them find the best place and to be sure that they could have peace of mind. Later on, when their mom needed more care, they reached out and we were able to help her as well.

If your loved one is lashing out and fearful of their Alzheimer’s Disease diagnosis, please reach out to us to see what options are available and to help you find the care that they deserve. Give us a call at 610-667-2838 or email us at joyce@graycaremanagement.com, and we’ll be happy to assist!