When Home is No Longer a Safe Place 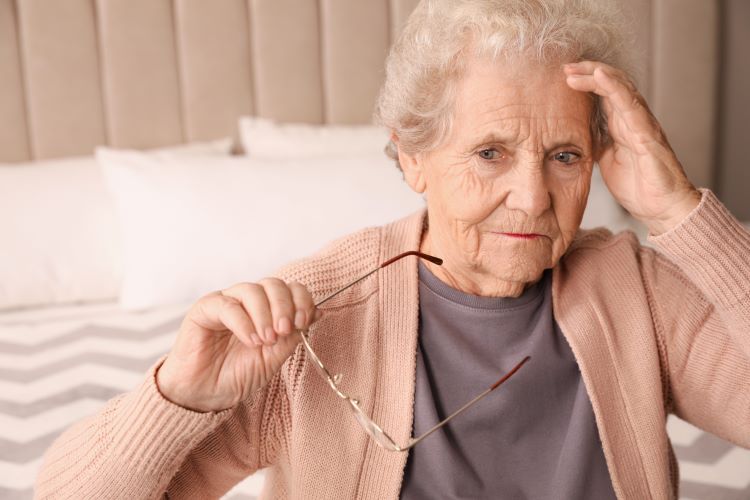 Ellie was 84 years old; she was able to physically get around with a cane and her only complaint was her declining eyesight. At the moment she was not sure where her keys to the mailbox were. She had called her son, Scott, to inquire. He was 3 hours away and did not know where her keys were. He attempted to talk her through the day, asking her questions about the last place she remembered seeing them, if she checked her pockets in the jacket she was wearing. He was getting frustrated, so before he hung up to call the neighbor, he asked Ellie if she had checked the hook by the door, where they could normally be found. Ellie was elated and told Scott she found them on the hook by the door. She thanked him profusely and hung up to take her walk to the mailbox.

Scott was relieved but started to reflect on the number of those type of incidents that had been occurring. He visited often, as he attempted to take care of Ellie from afar. He made sure she made it to her medical appointments, he called her daily to remind her to take her medicine, paid her bills, arranged for her yard maintenance, and had the neighbors “keep their eye on her.” Scott also noticed on his last visit that her bathroom garbage had not been taken out which due to her incontinence was obvious, because of the odor. Why hadn’t Ellie noticed this?

Ellie checked the mail, daily, it was part of her routine, but left it stacked on the table unopened. She hadn’t driven in 3 months, so her neighbor was kind enough to take her. She had started using the electric cart at the store and taking more time to get through the store. Her list was short, but her cart was full, and did not contain the few items she had on her list. The neighbor was concerned and eventually talked to Scott about what she was observing.

Ellie was exhausted when she arrived home, she didn’t get her groceries put away and often could not find room in the refrigerator. Ellie had not cleaned it out in quite a while, and as Scott found out, she was having difficulty seeing dates on things that were long expired.

Scott’s concerns for his mother, Ellie, were really beginning to grow, and he confided in a friend, who was a certified nursing assistant who worked with elderly folks. She gave him some things to think about and let him know there were resources and Care Managers who could walk him through all his concerns, both now and as things progressed. He expressed that he was thinking of bringing in some daily help or possibly moving her to an assisted living facility. He did not know where to begin so he asked his friend for the name of a care manager, and he reached out to her. In the initial consultation, he scheduled a time for the care manager to meet with Ellie and the involved family members.

He felt a sense of urgency, because this was all beginning to affect his job and life in a negative way but more importantly, he was concerned for Ellie and her safety, alone at home. He had been going back and forth, taking time off, both planned and unplanned. Scott had accepted that she was not going to get better and that her health and behavior were going to continue to decline. He talked with Ellie, who stated she wasn’t ready to make a change. She wanted to stay home, besides she said she needed to be home to take care of Benji, her 10-year-old dog.

Scott called and set up an appointment meet with his mom and involved family members and we were happy to meet her. She had a great smile and delightful demeanor. She would get frustrated when she couldn’t remember some details and when we did mild cognitive screening, it indicated that she should be seen by a geropsychiatry specialist to determine her specific needs. In the meantime, she needed a care solution that would keep her safe and comfortable. Scott mentioned that his friend, who was a CNA, had mentioned she would be interested in working with Ellie. The care manager called the agency who employed her and spoke to the manager about this option. After a bit of discussion with the company and Scott’s friend, it was determined that this was a good short-term option for both of them and she would live-in for the time being while care decisions were made, and options selected.

He also learned that he should contact their lawyer and the bank.

Ellie and his friend were elated because Ellie did not have to be alone, and they knew each other and enjoyed visiting. Ellie would be more willing to accept help from her because she knew her, and this would be a good step in the transition of care. The rest of the family was comfortable they had found someone they could trust.

Over the following year, some changes were made, and some services were added to help Ellie stay in her own home, but this eventually became difficult, and Ellie needed more advanced medical care along with her daily care. She was moved to a nursing facility, and the family retained the services of the aide through the home care agency to help with Ellie’s care a few days a week. The care manager stopped by on a once to twice weekly schedule and would share any concerns that were noted. The nursing facility allowed Benji to make regular visits.

Working through the care of an aging loved one can be quite stressful and having the right professionals available can ease the stress of the situation. We would be happy to help you find solutions to the challenges you are facing today, please give us a call at 610-667-2838 or email us at Nicole.Stroman@waverlyheightsltd.org to find out how we can help.